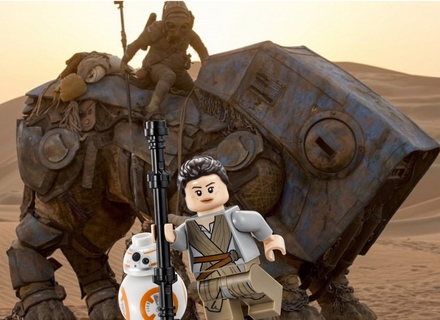 “One of the most important scene in the “Star Wars Episode 7 The Force Awakens”, the first meet of Rey and BB-8. But, the other 2 in the scene also unforgettable, who just appear for a few seconds in the movie – the Teedo and his Luggabeast.

As an unique creature in Star Wars movie, the design of Luggabeast really outstanding, it looks like a rhinoceros with metal armor, or probably a robot creature. That will be good to have a lego Luggabeast because lego bricks is perfect for robot creation, so, this inspired me to do something which definitely will be in my wishlist if Lego going to issue this.

I try my best to build Luggabeast as accurate to the movie as possible, and of course, I also simplified some of the details because I want my creation to be a play set, for all Star Wars fans include young kids. I believe this scene is beautiful screenshot from the movie, and everyone will love it.” –  The bricks set creator Hong Tzer said. 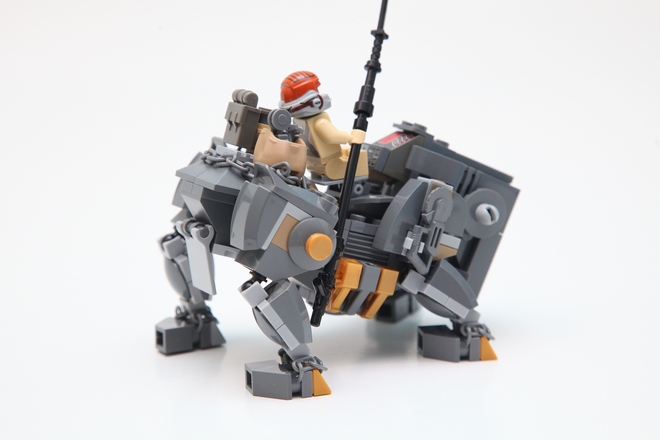 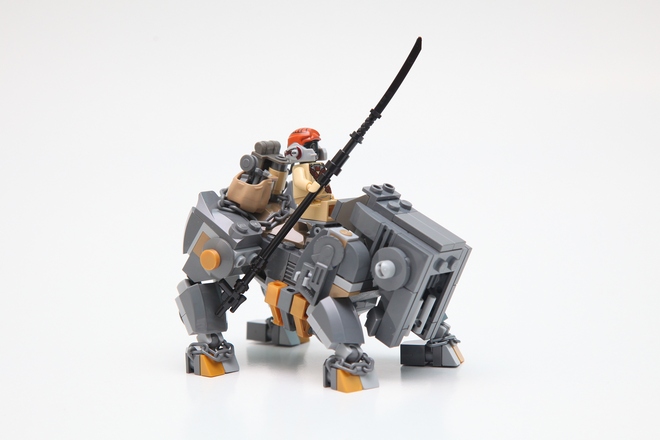 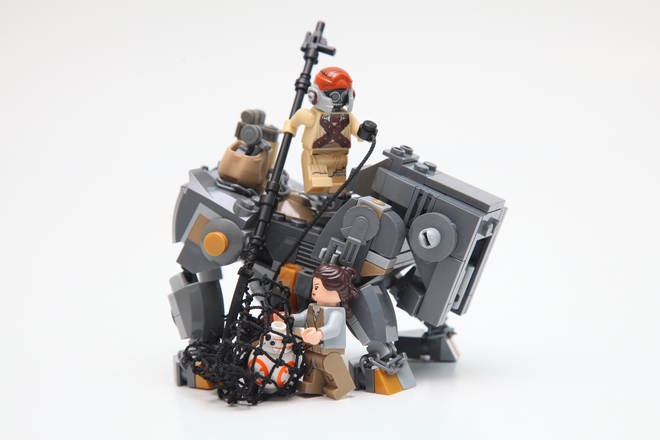