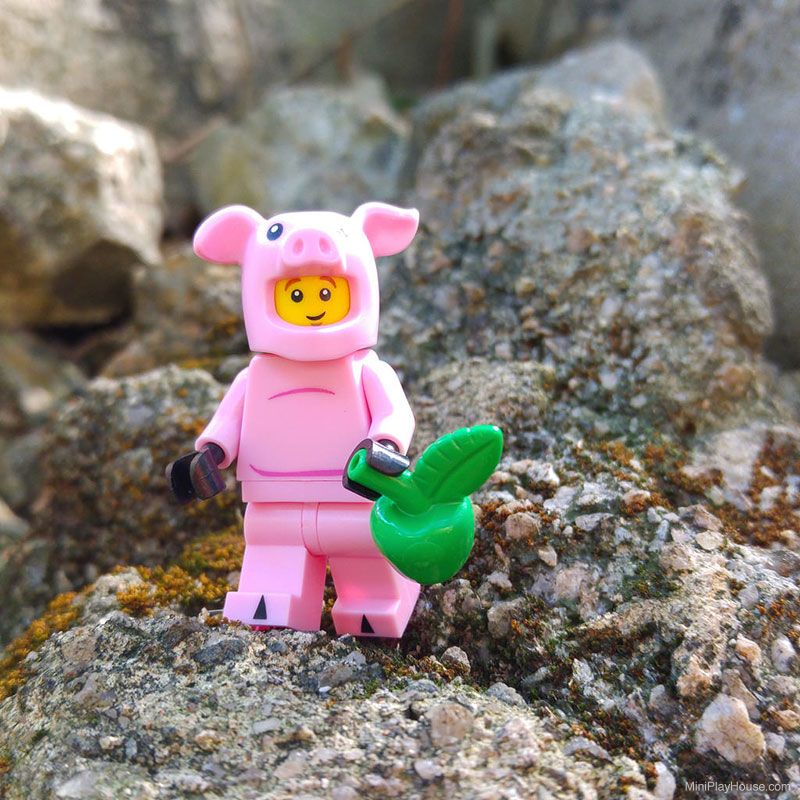 Have a good day!

“Help your brother’s boat across, and your own will reach the shore.”

The Piggy Guy used to be a regular farmer. Then one day he noticed how much fun his hogs were having, and he decided to try it out for himself! Donning a pink pig costume, he started to spend all of his time oinking, eating apples, and wallowing in the mud – and he found out that he really liked it.

Yep, the Piggy Guy sure enjoys being a pig. He’s right at home in the pen, and his new piggy pals act like he’s just another member of the flock…herd…whatever a group of pigs is called. He knows that he can go back to being a farmer whenever he wants, but he’s just feeling too lazy to do it right now. Then again, he might change his mind if he hears somebody mention bacon!